Vision is a very active and complex sense and requires the finely tuned coordination of many different neural subsystems. The process of seeking information from the environment’s random and infinite visual signals is complex and relies on many sub-skills:

Vision relies on the properly coordinated functioning of Cranial Nerves II, III, IV, V, VI, VII, XIII. Each eye moves by virtue of six oculomotor muscles controlled by three different cranial nerves. Inside the eye, there are several muscles controlling the iris (pupil) and still others controlling focusing. Light is focused upon the retina, which then begins to refine the signal as it is sent back through the optic nerve to numerous areas in the brain.

For more information regarding visual function and what happens when it fails, see Background

← Background
Fish Can Save Your Vision →

The Visual Delight of the Bistable Percept

Trompe l’oeil literally means deception of the eye (no political statement intended).  Historically it is an art term applied to the creation of two-dimensional images designed to impart a very realistic three-dimensional feeling.  I’m using deception of the eye here to convey a trick of nature provided by one of the Mandevillas drooping out of […]

We’re pleased to let you know that the interview that I did with our VHG colleague, Dr. Dan Fortenbacher on Vision-Related Learning Problems (VRLPs), was along the Most Watched items on the heavily trafficked Elsevier Practice Update Eyecare website this week! That fact is largely due to the succinct manner in which Dr. Fortenbacher distilled […]

This a great time to reinforce what our organization’s purpose and values are. COVD’s board of directors adopted a strategic plan in November 2018 and updated in October 2019. As part of the process, the board identified COVD’s core ideology, which is a timeless, consistent identity that transcends all changes related to the relevant environment. […]

From our Editor, Dr. Leonard Press, FCOVD: VDR Summer Issue Information It is my pleasure to call to your attention the special theme issue on Telehealth and Vision Therapy that comprises the summer quarterly issue of Vision Development & Rehabilitation (VDR). This issue is in the final stages of production and we look forward to […] 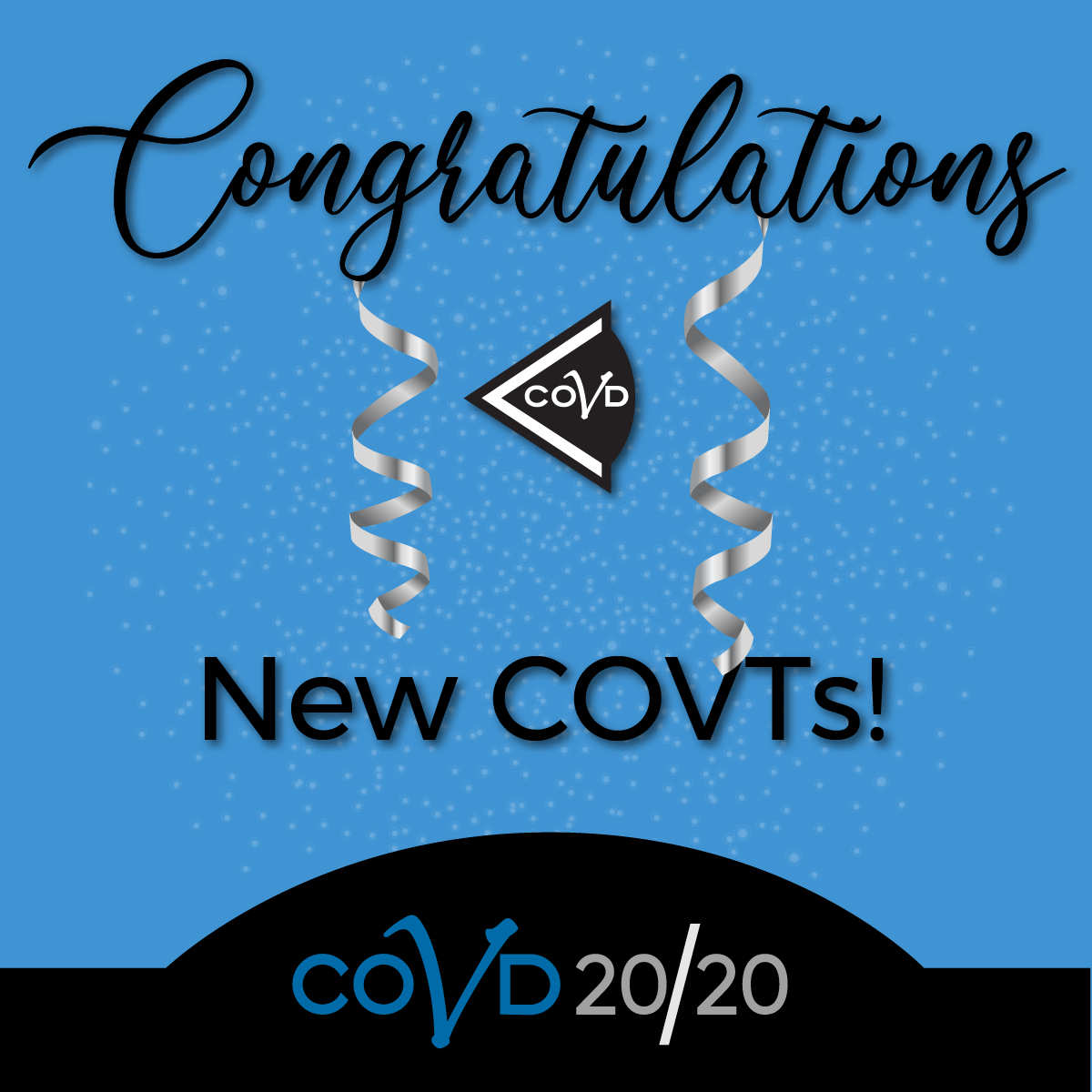 College of Optometrists in Vision Development welcomed 36 new Certified Optometric Vision Therapists (COVT) and 27 Fellows (FCOVD) and 3 Academic Fellows (FCOVD-A) of the College of Optometrists in Vision Development. The newly certified will participate in the formal induction at the 50th Annual Installation and Induction Banquet to be held in Denver, Colorado on […]